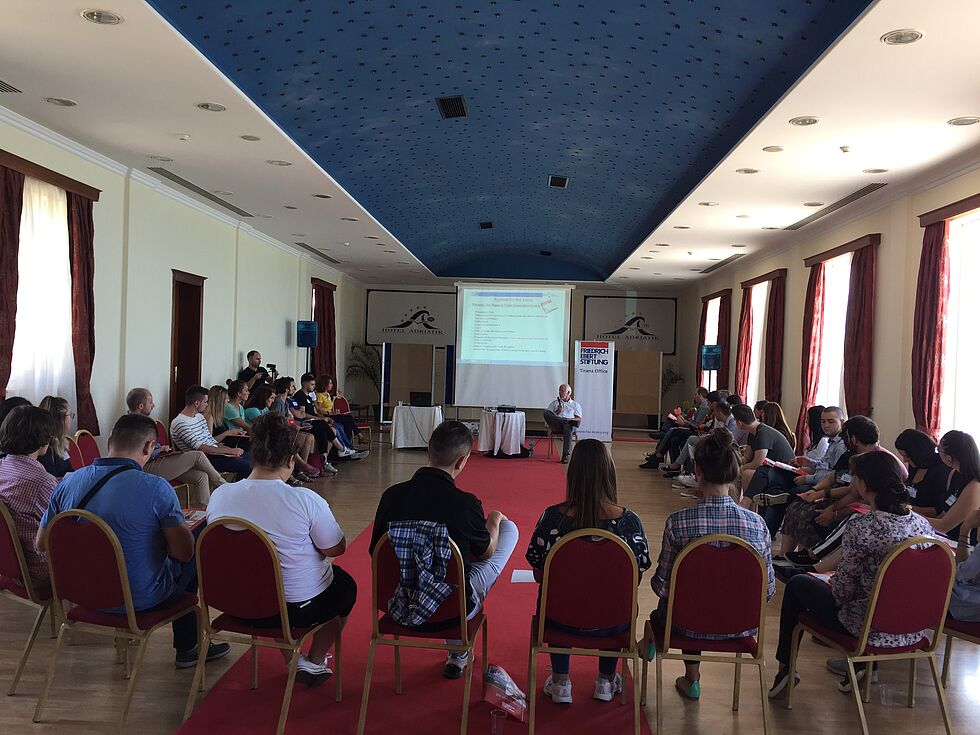 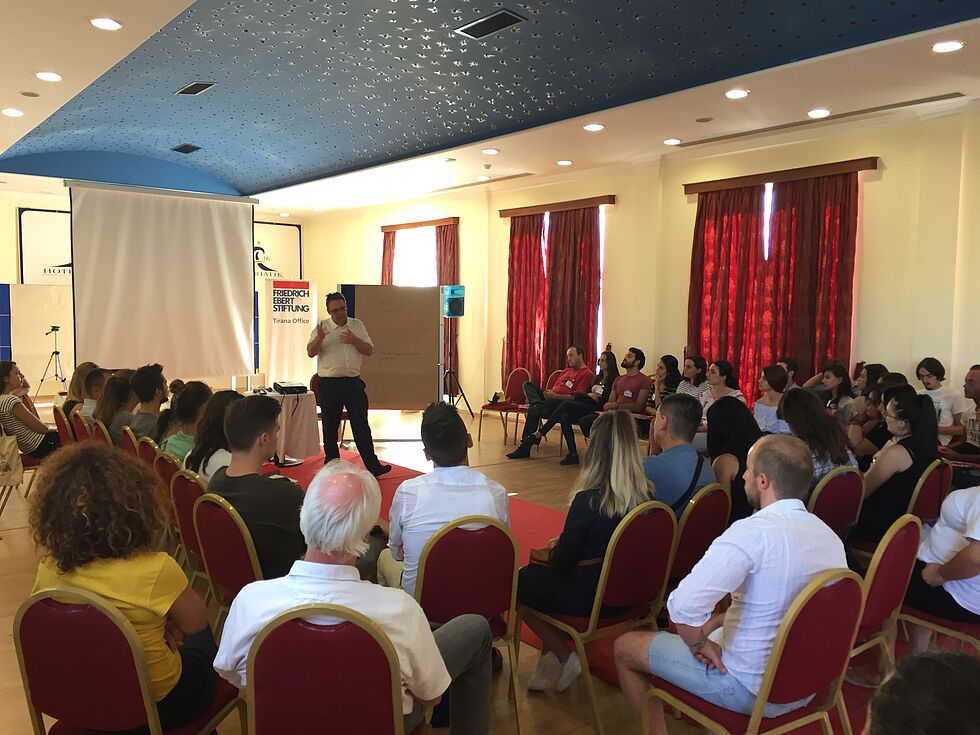 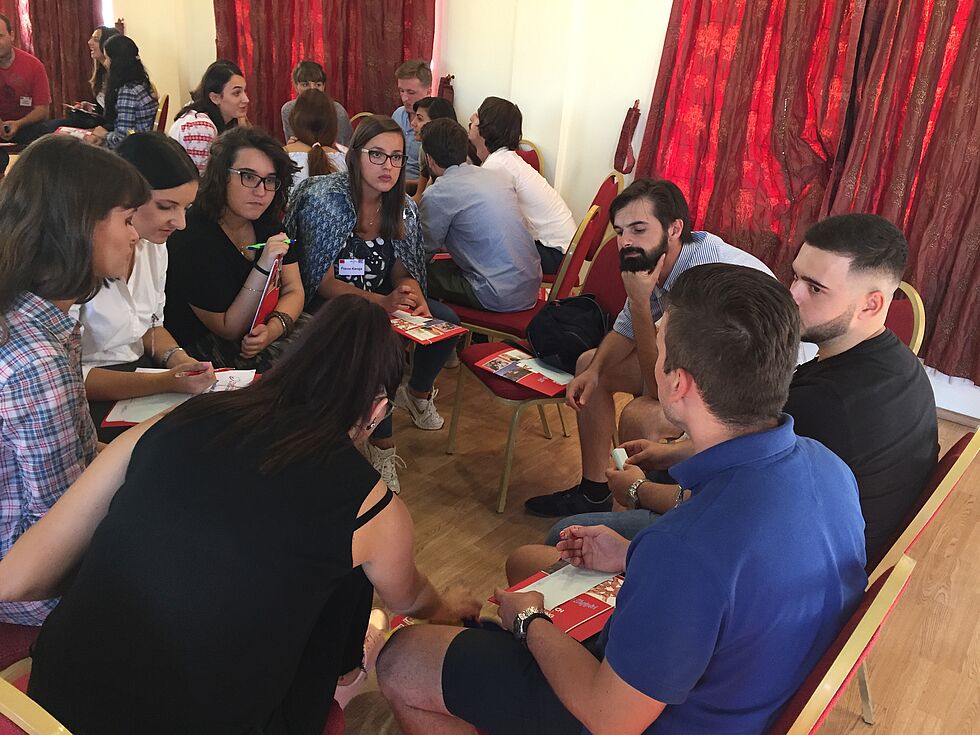 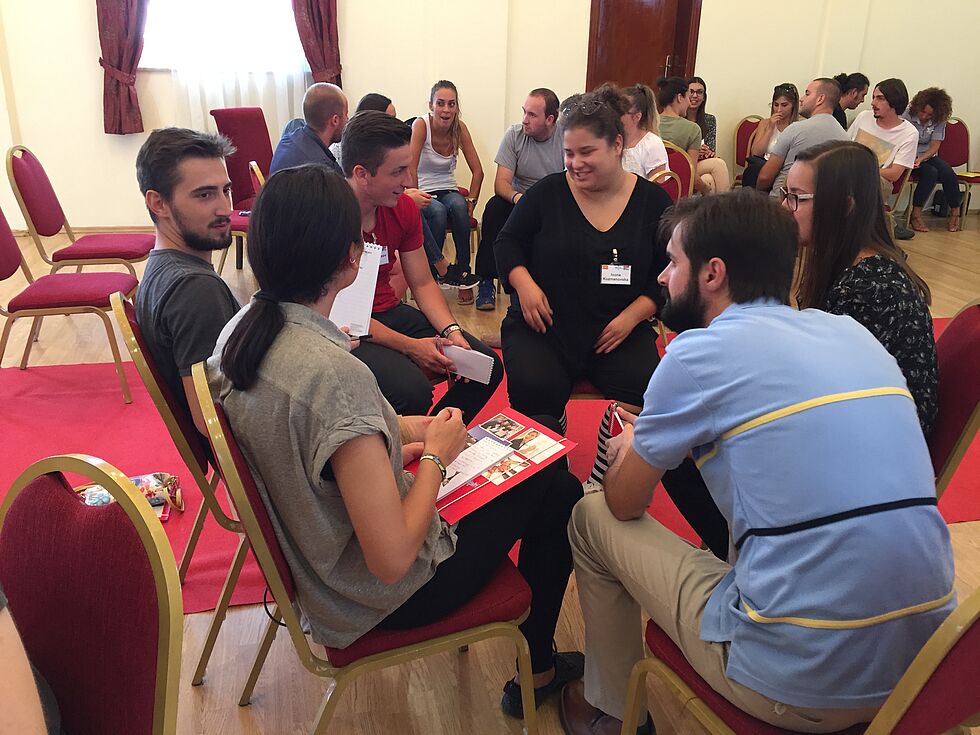 The aim of this camp was to provide a framework for young people from different countries of the Balkans in which they could learn about the main principles of social democracy in an interactive way, as well as discuss regional cooperation between young people, exchange views on social problems, youth unemployment, education, and many other issues.

After a welcome speech of Prof. Dr. Wulf Lapins, Director of FES office Tirana, Frank Morawietz, representative of the France-German Youth Office (OFAJ/DFJW) held a presentation about Intercultural communication in the Western Balkans. Further, Genci Kojdheli, member of Socialist Party of Albania, spoke about the vision of social democrats. Ardian Haçkaj, Director of “Cooperation and Development” discussed a Balkan-centered view on Neoliberalism in 2017 and its challenges to a social democratic society. Joleza Koka from the Young European Socialists gave an insight into the Party Youth Forums and Intergenerational Relationships, speaking about differences and convergences based on age and gender. Frank Hantke, Director of FES office Pristina and Skopje refereed on the question if social democracy is possible without democracy. Amarildo Topi, a journalist of Citizens Channel gave a workshop on effective public speaking and political communication.

Among other things, the participants spoke about challenges and chances, differences and similarities of their countries and the region in general, as well as the cooperation with the European Union and support for young people in the Balkans.

This event shows that experience sharing is a vital tool in tackling problems that, despite they come from a different country, they, in essence, remain the same, which the participants concluded after this gathering. Projects similar to the Youth Summer Camp are considered to be crucial for the international exchange and cooperation of young people in the Balkans, as they can identify common problems, work on them together and collectively find solutions.