A study, promoted by the Friedrich-Ebert-Stiftung, to monitor public perceptions of poverty and inequality in Albania shows that two-thirds of respondents feel that the unequal distribution of income and wealth is becoming more and more of a problem for the social cohesion of the population. The study also found that 39% of those surveyed think that the wealthy have not attained their wealth through honest work. 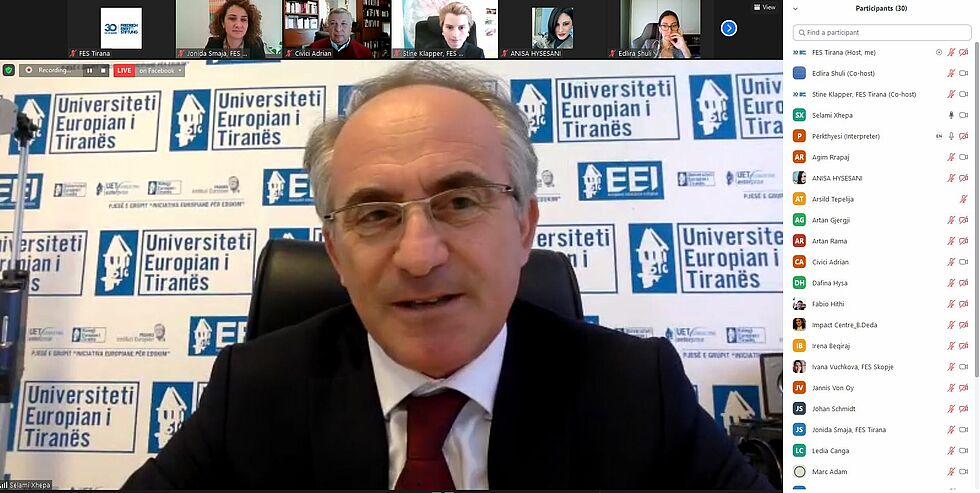 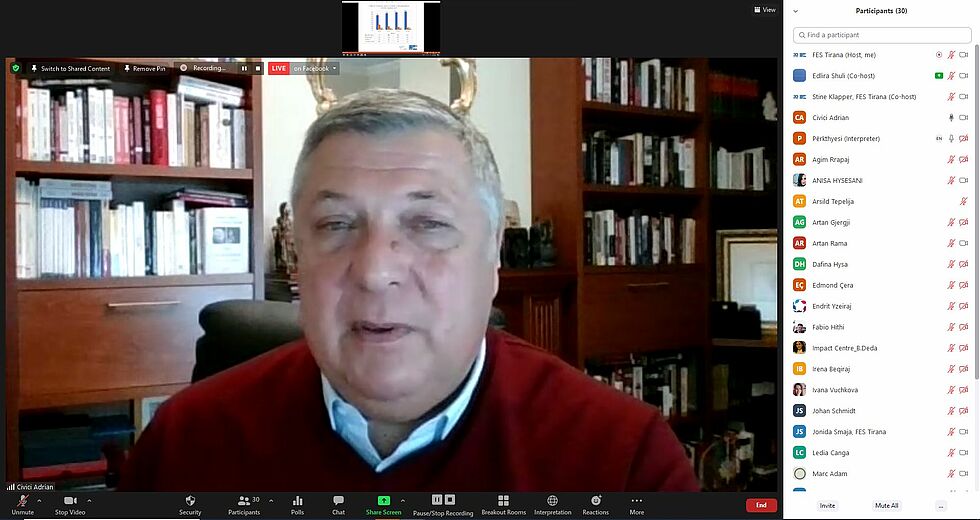 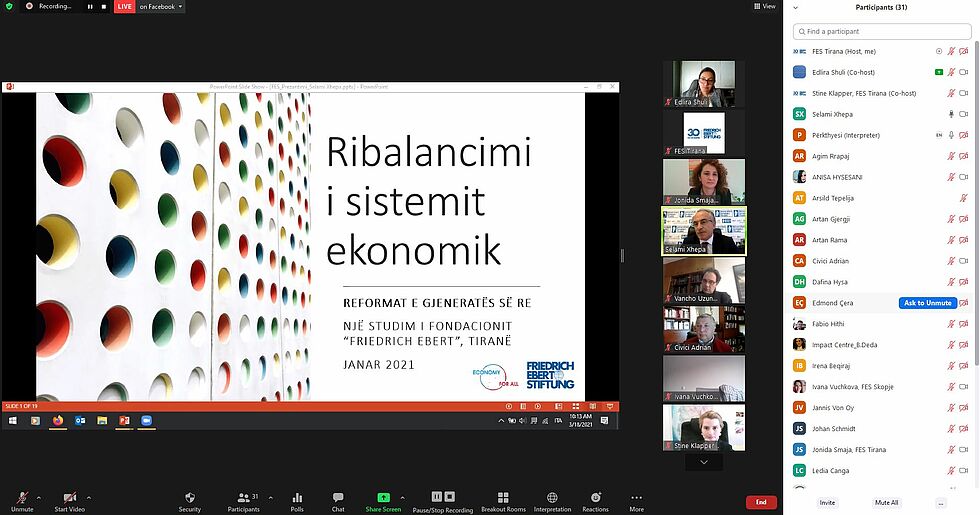 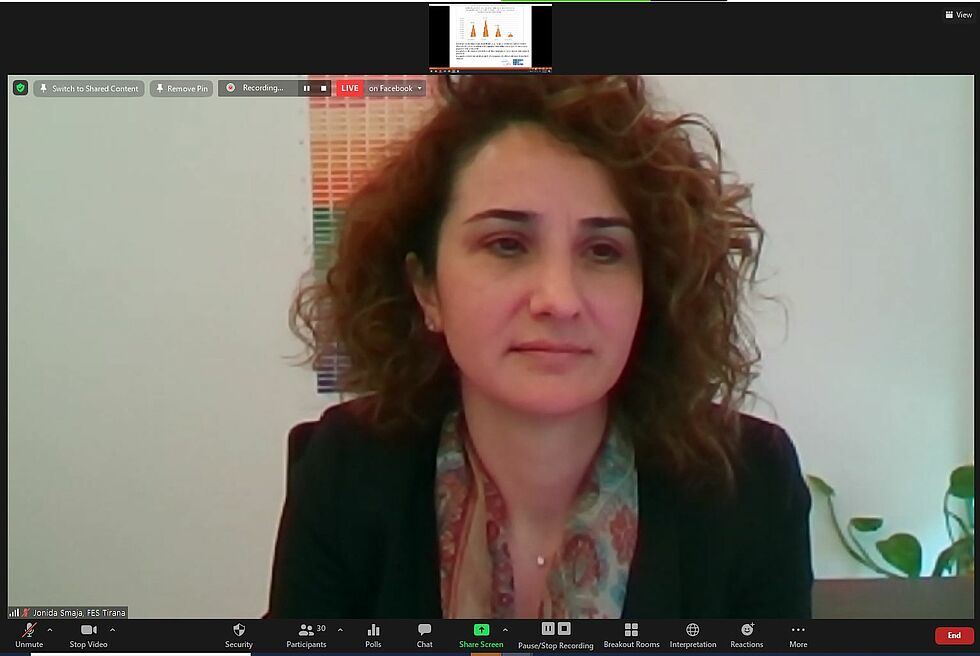 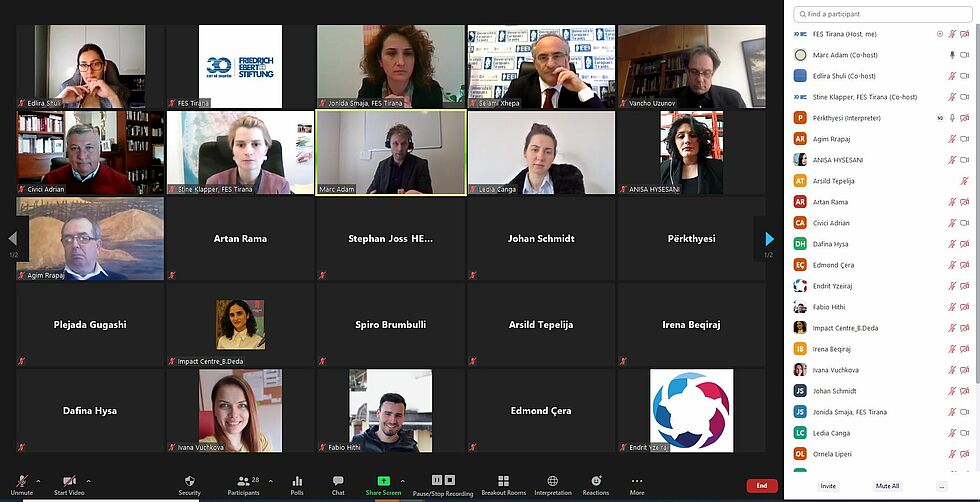 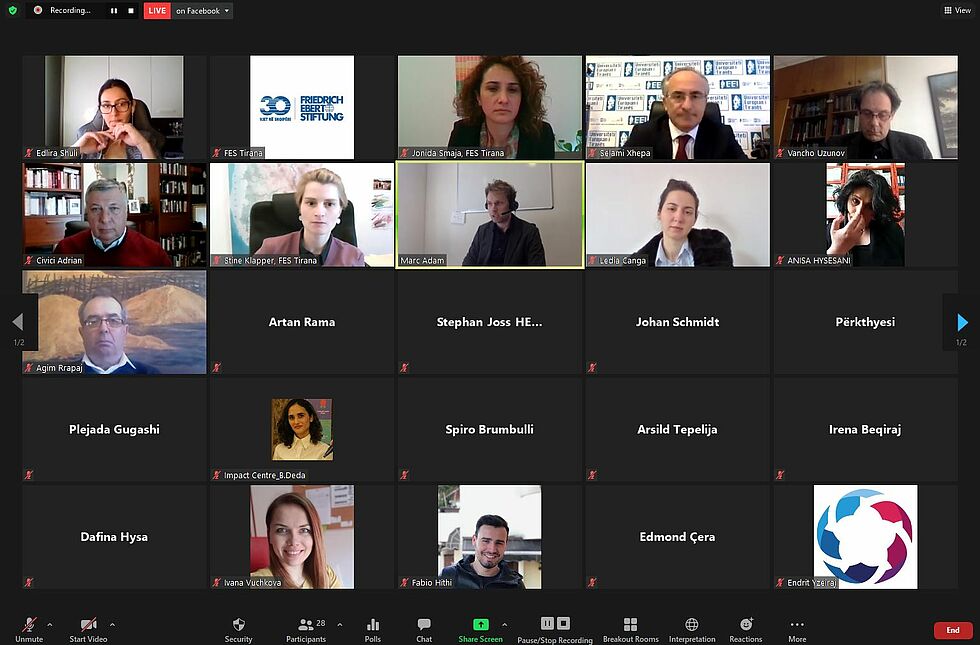 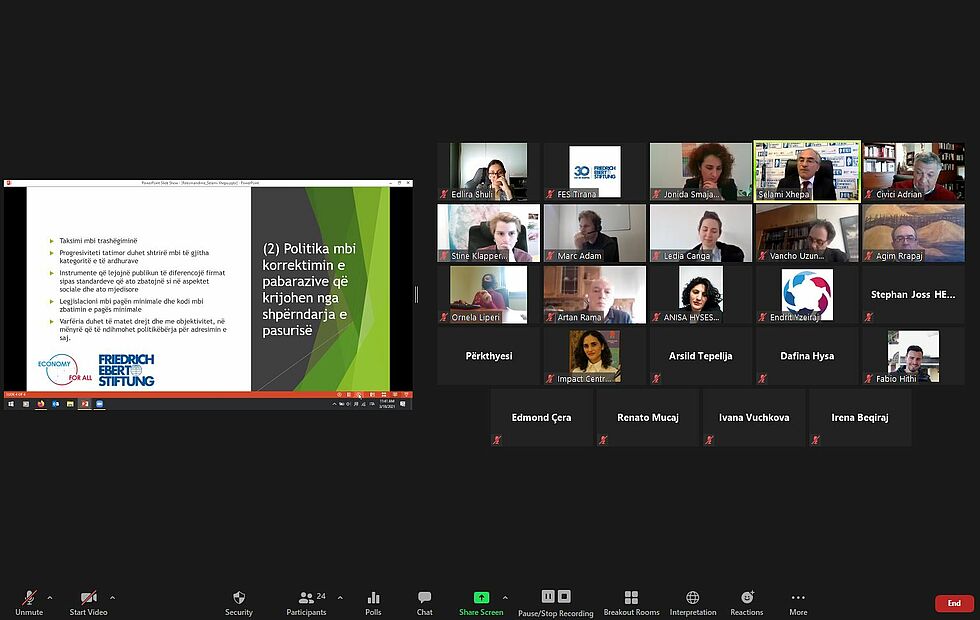 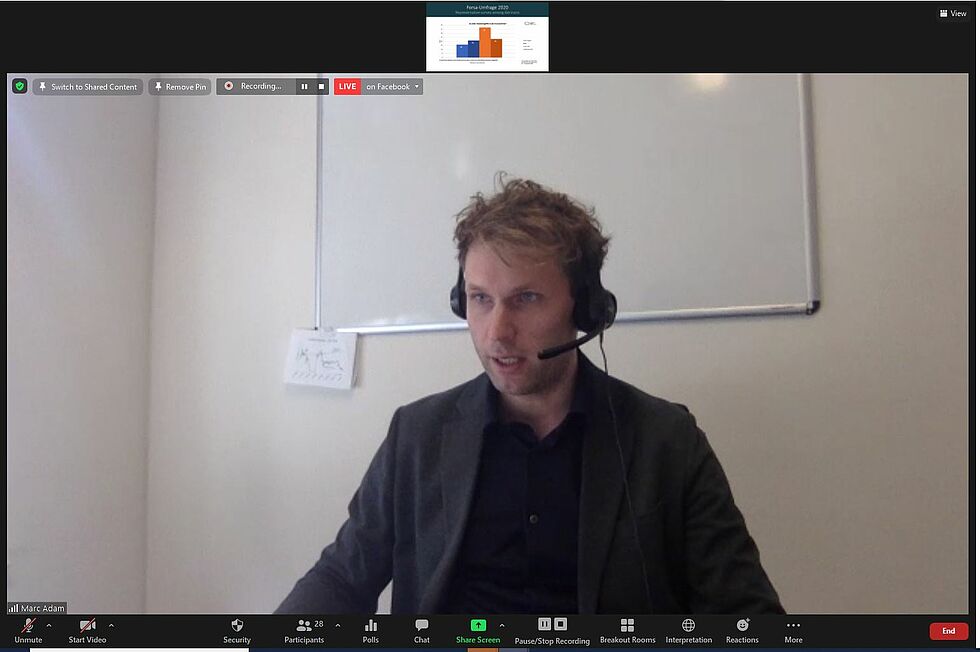 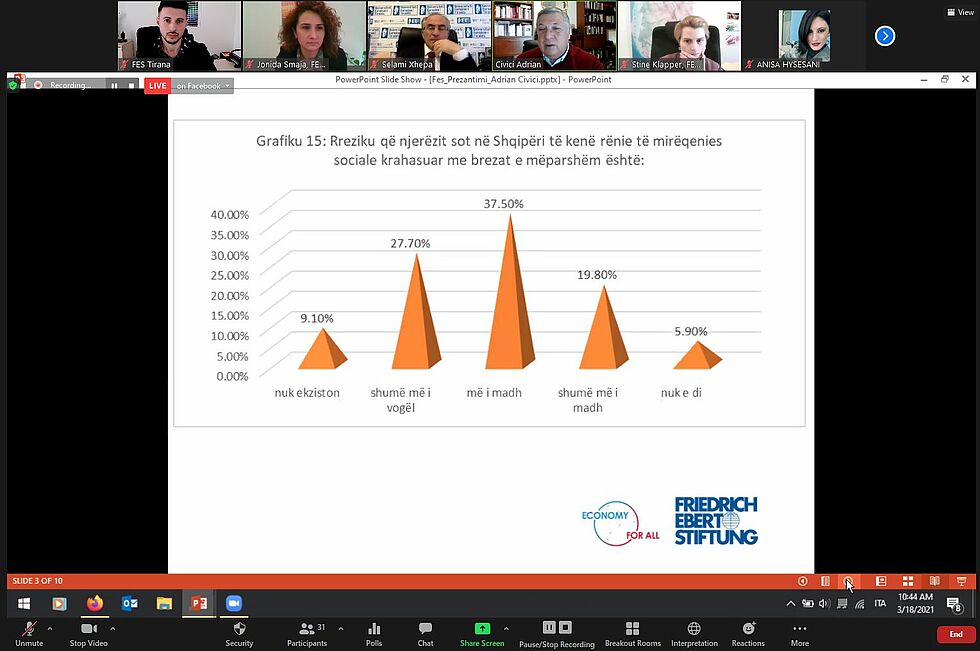 The study, entitled "The economic system and the role of the State in society - opinions and attitudes of the Albanian public", was carried out by Prof. As. Dr. Selami Xhepa and Prof. Dr. Adrian Civici. Its findings are based on public opinions, expressed through 1268 interviews conducted nationwide during October 2020, as well as empirical and theoretical assessments.

The purpose of the study was, to measure public perceptions regarding poverty, inequality, and social cohesion in the country. As well as to investigate the relationship of politics with social actors; business and the public. It also provided information on the role of the State in society in light of the impacts of globalisation and integration processes and how this impacts the well-being of society.

Some of the main findings of the study are:

- According to 66% of the respondents (2 in 3 inhabitants), the unequal distribution of income and wealth in Albania is becoming more and more of a problem for the social cohesion of the population. Also, 39% of the respondents think that the wealth created by the rich is not attained through honest work.

- Although more than 40% of the population believe that individuals should take more responsibility for themselves, again only about 30% of them support a society based on individualism. The need for state intervention in the protection of endangered jobs and public investment in education, health, and infrastructure is massively supported.

In light of these findings, the authors of the study emphasise the need to reform the economic system in Albania and call for a more active role to be played by public institutions. In their recommendations to policy-makers, economists Selami Xhepa and Adrian Civici, suggest that reforms be structured along two axes:

2.    Policy to correct inequalities created by the distribution of wealth.

A panel, held to discuss the findings of the study, was joined by Dr. Marc Adam, economic analyst at the Forum for a New Economy, Berlin, and Prof Vancho Uzunov, Professor at the Faculty of Law "Lustinianus Primus", "Ss Cyril and Methoidius" University in Skopje.

Dr. Marc Adam drew parallels with a study, “Economic Situation and Globalization", that was conducted in Germany. He highlighted similar findings of citizens' perceptions of the economy in Albania and Germany. Interestingly, despite differences in economic preconditions citizens have a lot in common when it comes to their expectations concerning the future, their preferences regarding the role of the state and their opinion on distributional justice. Likewise, Prof Vancho Uzunov, who is the co-author of a study in North Macedonia, noted that the findings and recommendations of both studies have striking similarities, with fair income distribution, poverty reduction, and institutional reform as priorities. This study, "Macedonian economy in the medium and long term perspective" was part of "the Big Picture" Programme, undertaken by the FES Office in Skopje.