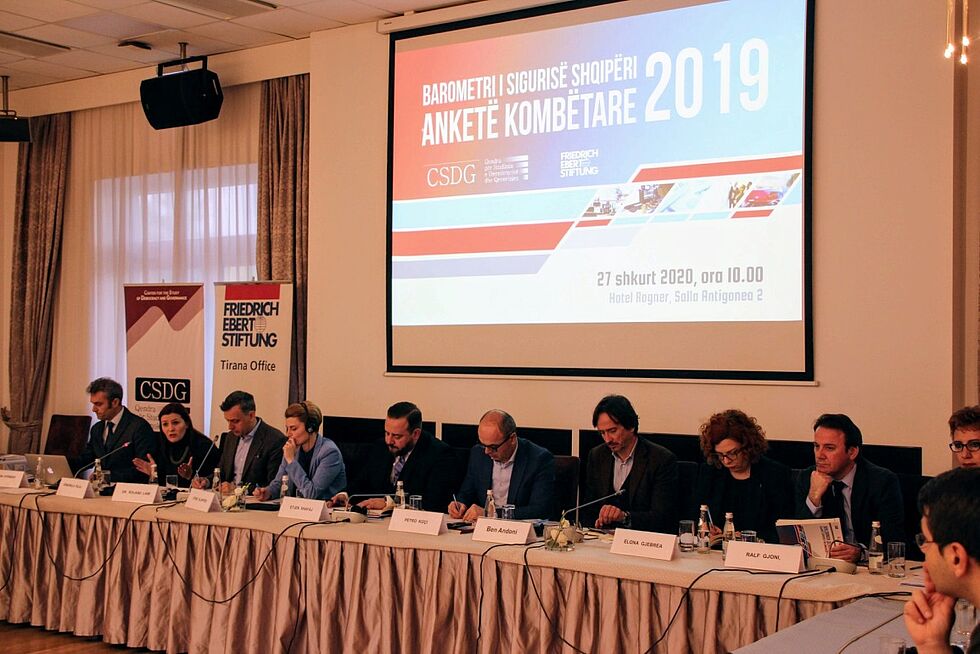 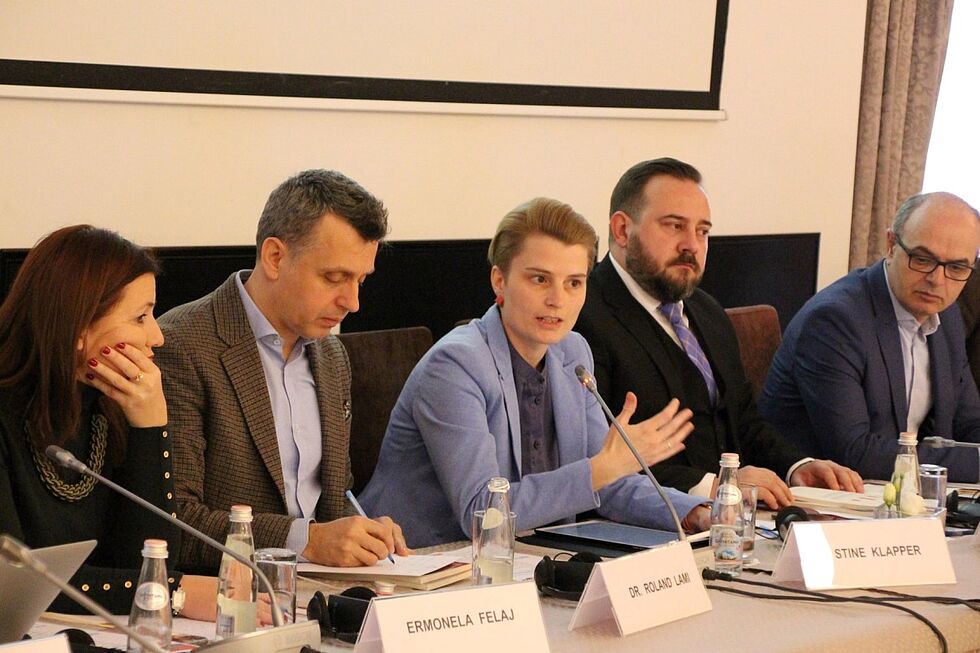 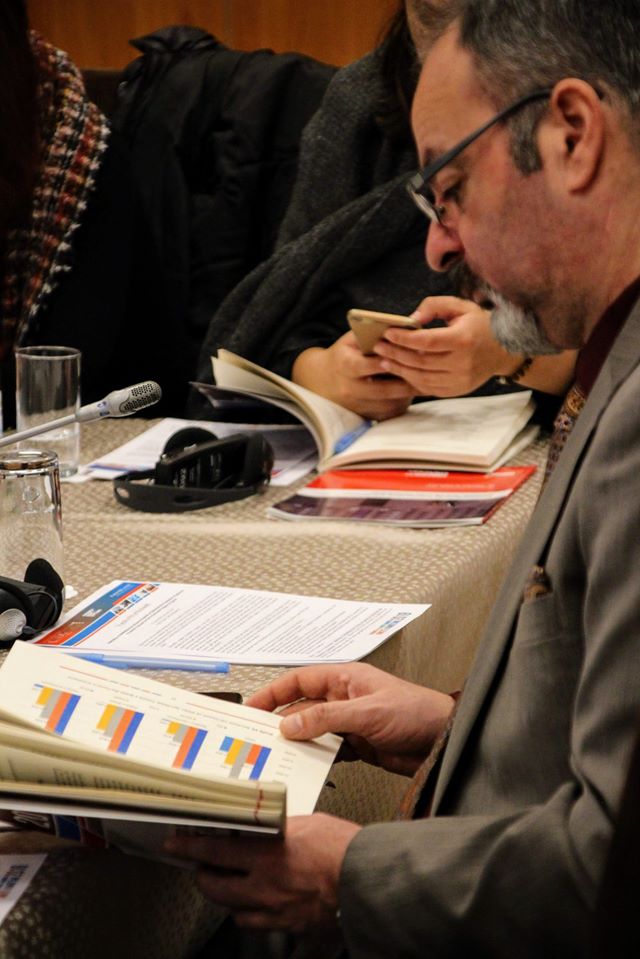 The ASB is a new innovative project which brings to the public debate the attitudes and perceptions of Albanian citizens on various aspects of security through a national public survey. Some of the main policy issues by which this first edition of the ASB has been guided are:

The Albanian Security Barometer (2019) in English version, can be downloaded in the link here:

CSDG together with FES organized on 27 February 2020 the Round table Discussion “Linking Security Policy Making and Security Delivery with Citizens Attitudes and Concerns: Presentation of the First Edition of the Albanian Security Barometer”.

The aim of this round table discussion was to present the first edition of the Albanian Security Barometer (ASB), made possible with the support of the Friedrich-Ebert-Stiftung Tirana, aiming to bring to the public debate the attitudes and perceptions of Albanian citizens on various aspects of security through a national public survey.

During the event were provided discussions on the main findings but also on the overarching theme the need to bringing an informed security discourse into the public domain.