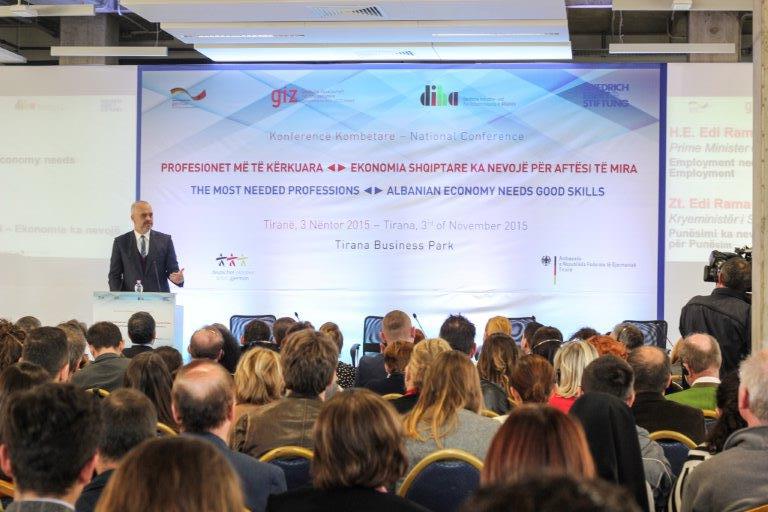 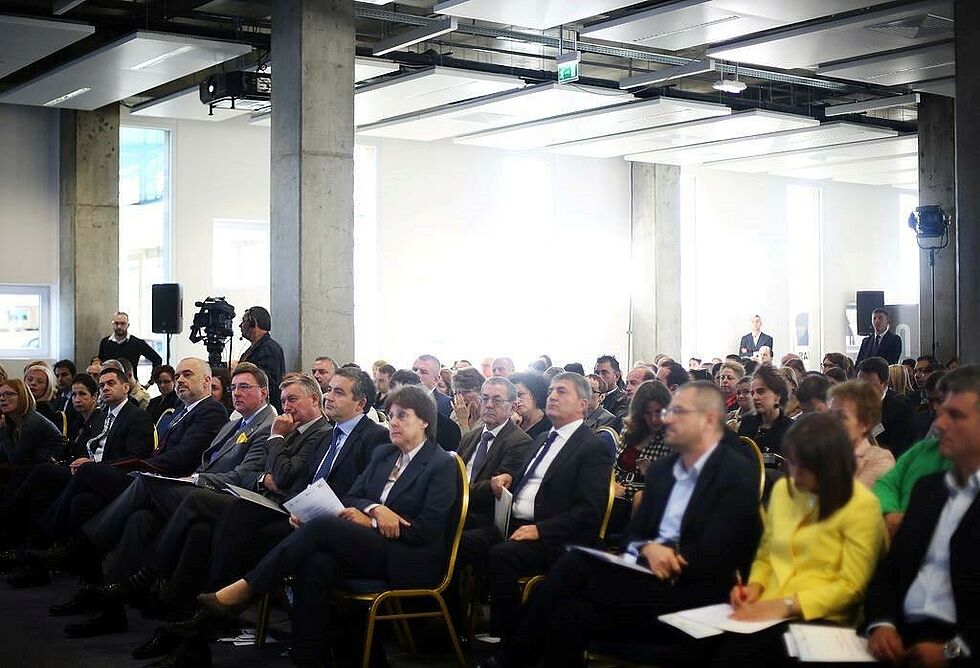 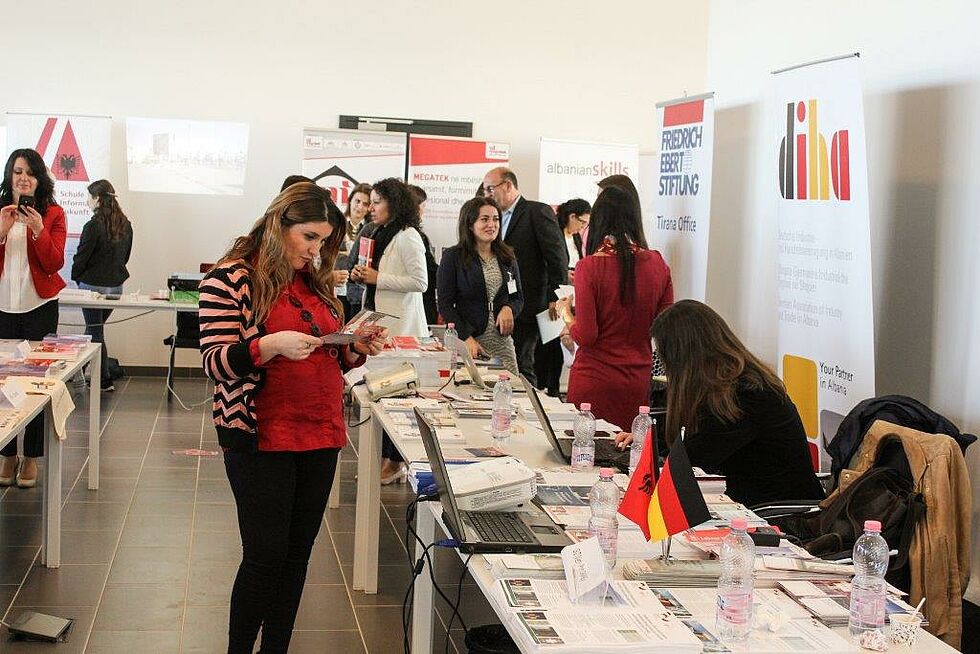 It was jointly organized by Friedrich Ebert Stiftung (FES), German Association of Industry and Trade in Albania (DIHA) and German International Cooperation (GIZ). The high relevance of the conference was underlined by the presence of Prime Minister Edi Rama and the German Ambassador Hellmut Hoffmann, who jointly opened the event highlighting the need for a better system for the vocational education and training in Albania. An urgent need for a well-educated workforce in Albania is needed as from the local and foreign business, which are looking for quality workers, not only for quantitative free working force.

Other honorable speakers such as Mr. Blendi Klosi, Minister of Social Welfare and Youth, and Mr. Arben Ahmetaj, Minister of Economic Development, Tourism, Trade and Entrepreneurship as well as the German expert, Mr. Jürgen Hollstein, CEO of the German Employers’ Organization for Vocational and Further Training, shared with the audience the conditions for success of the dual system based on the German mode and the stage of the Albanian reality considering vocational education and training.

The aim of the conference was to underline the importance of non-academic professions and vocational education for investment, economic growth and social welfare. More than 250 participants from the business sector, public institutions, vocational schools, experts and researchers were invited in smaller and more technical Working Groups focusing on “Construction building and Infrastructure”, “Light and Textile Industry”, Health care and Elderly Care” as well as “Tourism”. During this part of the conference a real and active discussion took part though identifying possible ways to strengthen the cooperation between the educational sector and the working world, so that young people can be better prepared for the national and international labor market. The results of the Working Groups were then shared and presented by the group-moderators at the end of the conference.

In his final remarks Mr. Frank Hantke underlined the fact that youth unemployment has to be solved with more education and training alternatives than only universities, which too often only lead to a dead end street on labor market while well skilled workers are missing. He demanded now common efforts of all actors in vocational training and affirmed the strong willingness of the German supporters for further processes to realize an Albanian VET Model.

The innovative idea of the “Market of Possibilities” brought both participant institutions and individuals together in a fair during the conference, so that they could show and share in person and in a more informal way their work, projects and future ideas or perspectives through direct networking with each other.

The conference findings and recommendations with best practice and good examples for a way forward will be published soon and be shared with all interested partners/actors.