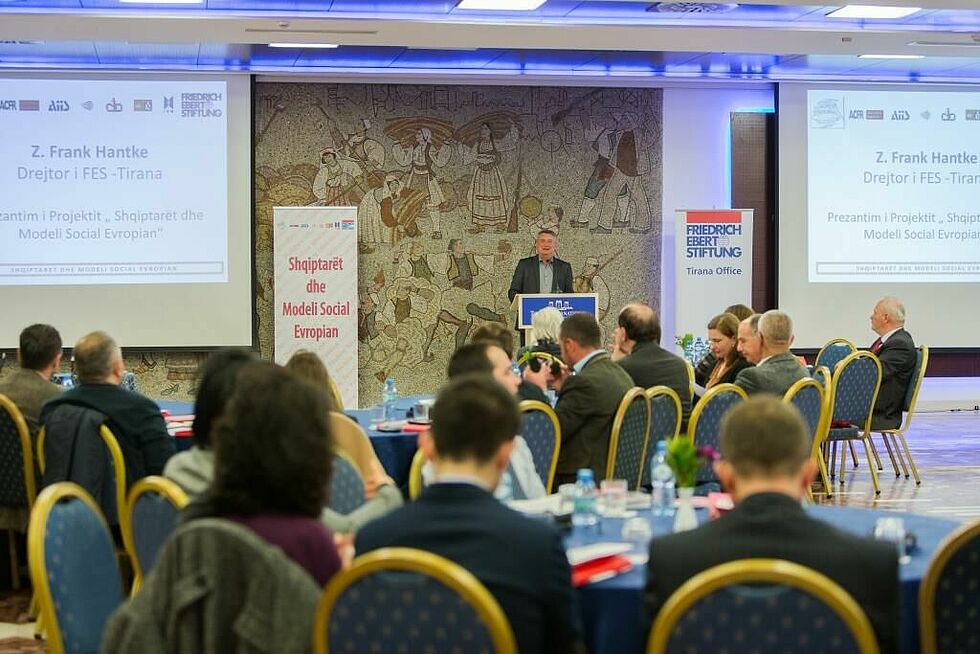 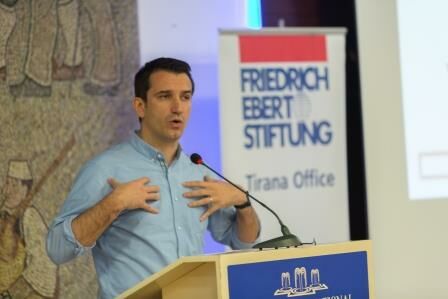 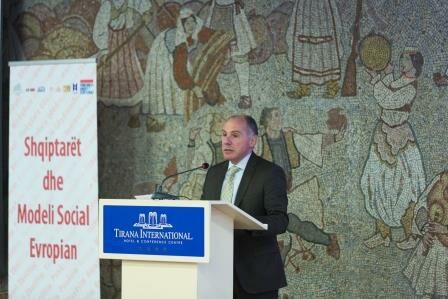 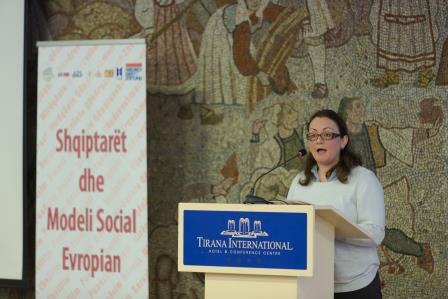 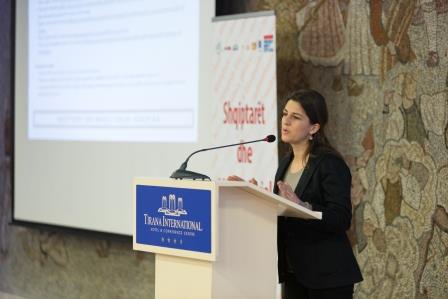 Photo: FES Tirana / The public administration between the politics and the citizens (Elona Dhembo) 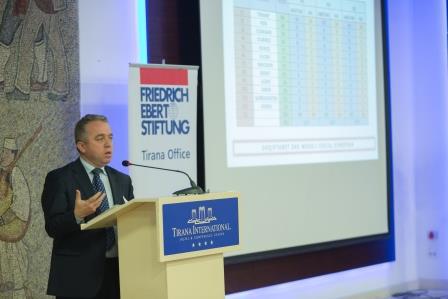 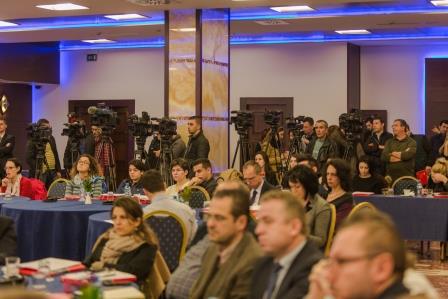 This conference was welcomed by Mr. Erion Veliaj, Minister of Social Welfare and Youth, and Mr. Kastriot Sulka, Head of the Department of Work and Social Affairs in the Democratic Party. The two speakers shared their parliamentarian group’s point of view regarding the adaptation of an European Social Model in Albania. The organizers welcomed as well several ambassadors and high representatives of the Embassies present in Albania, members of the parliament, academician, representatives from the public administration, civil society and media.

The focus of this conference was to launch three important publications, which present the perceptions of the three main actors: the citizens, the public administration and the political parties, in the framework of the long-term project Albanians and the European Social Model:

Among the main findings are:

What are Albanians looking for?

What is the profile of the Albanian Public Administration?

An administration which reflects characteristics of a relatively short, unstable career, oriented more towards youngsters and males, and which still is affected by political affiliations. However there is an increasing positive tendency of the public administration to improve its relations with the citizens, considering them as clients and pretending back respect and appreciation.

Are the political parties’ promotors of the democratic values?

The party members themselves offer a lot of arguments that the procedures and structures are created in the way that is most convenient to the party leader, demonstrating lack of political culture dialog.

Then some round table discussions took place, where the participants had the opportunity to directly talk to the authors and share their ideas for the adaptation of an European Social Model.

This conference was just the first event on a series of other public debates that are expected to be organized with regard to this issue: Albanians and the European Social Model.