Despite being a challenging year, The Academy for Social Democracy continued its quest to empower youth and provide education on good governance. Organised by the Friedrich-Ebert-Stiftung, the Academy connected young people from Albania with a wide range of experts to discuss social democratic issues. 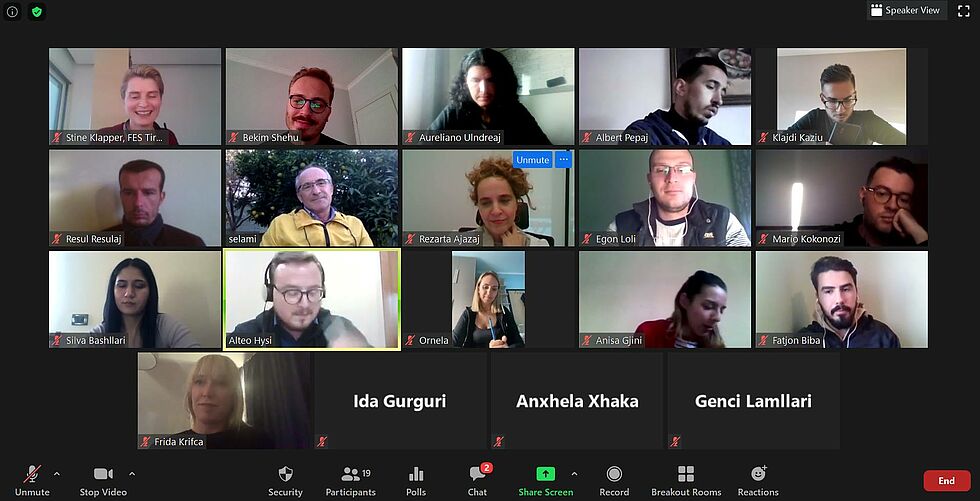 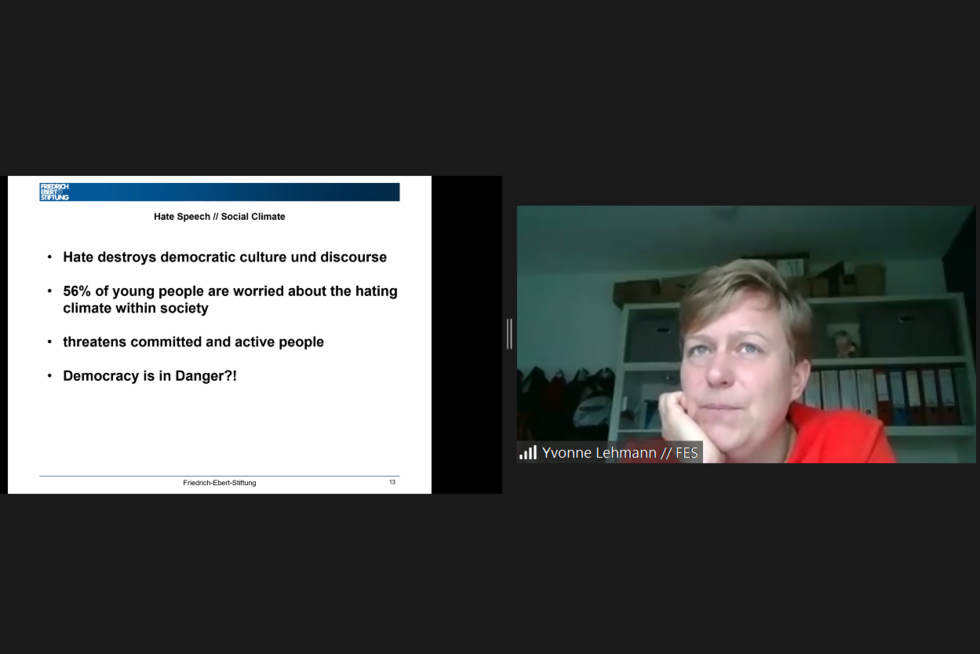 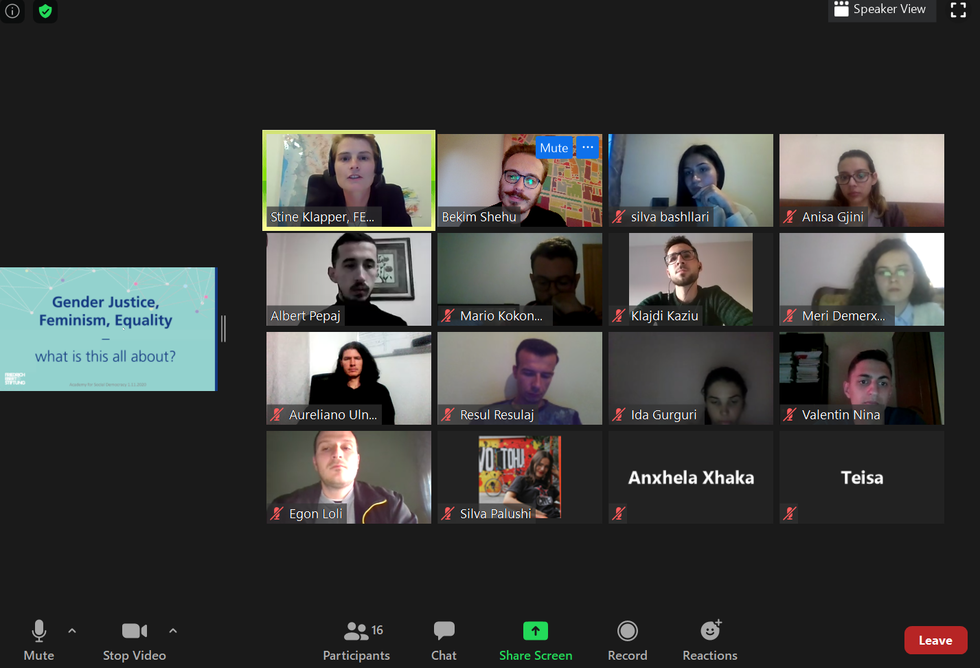 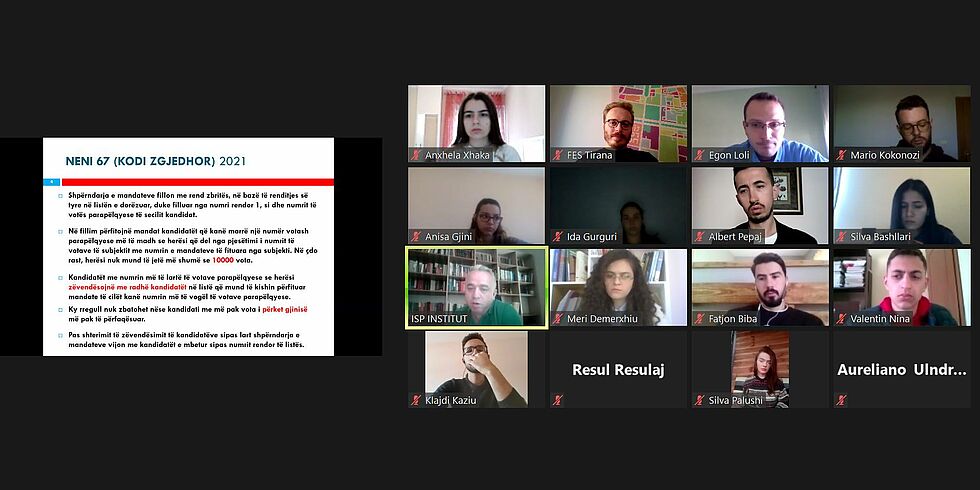 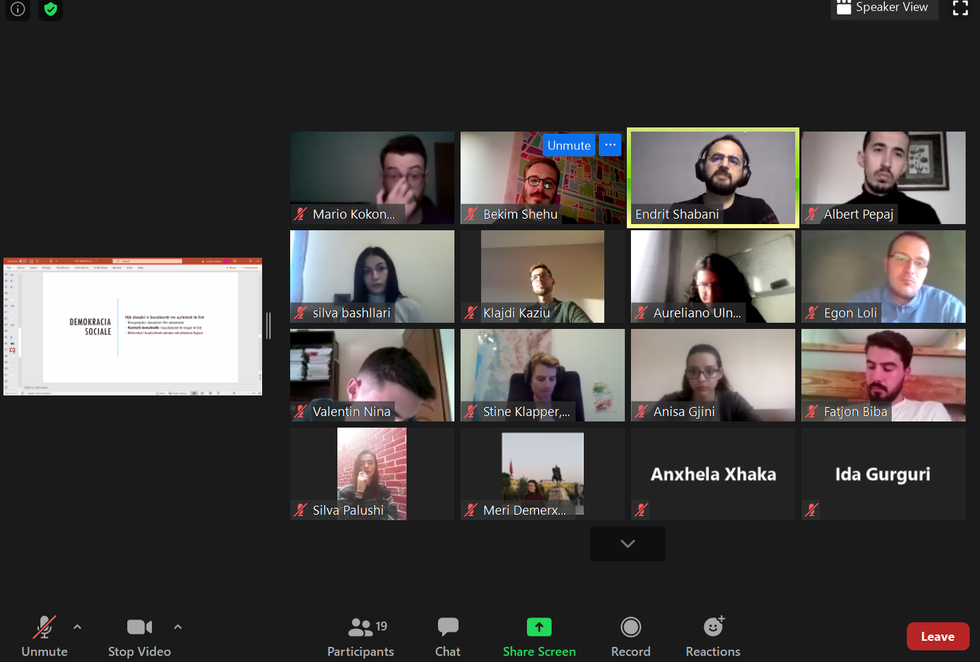 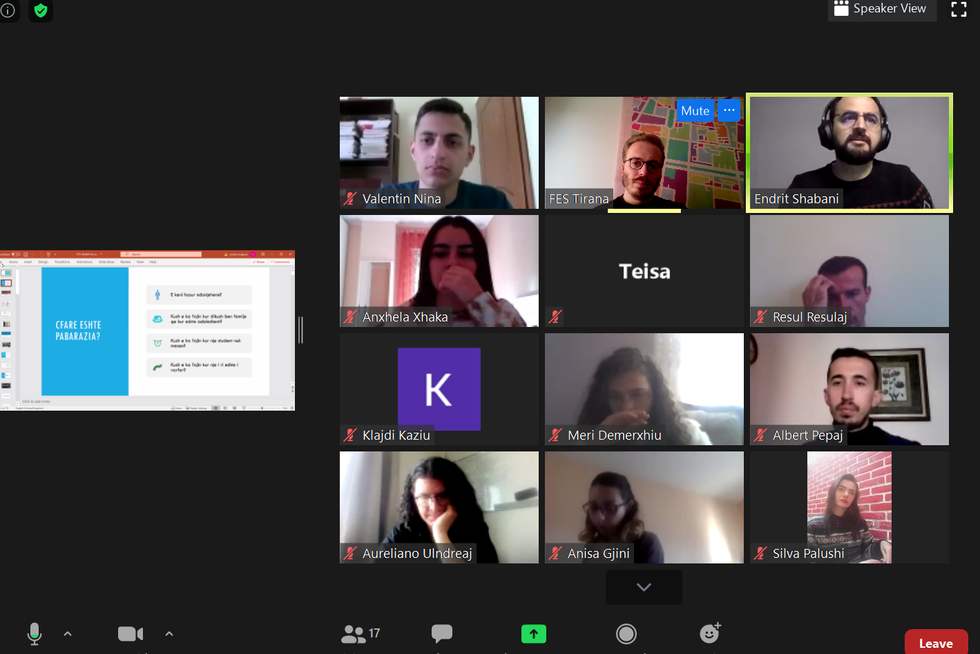 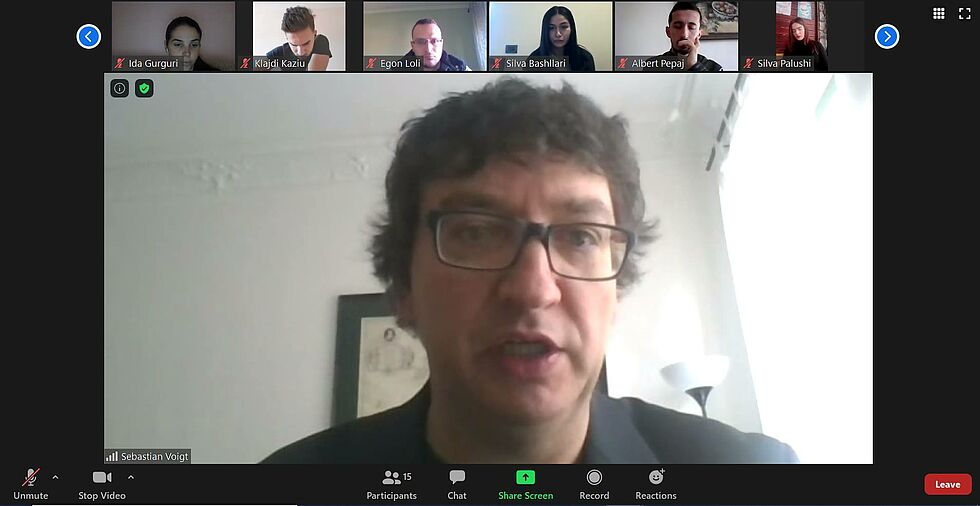 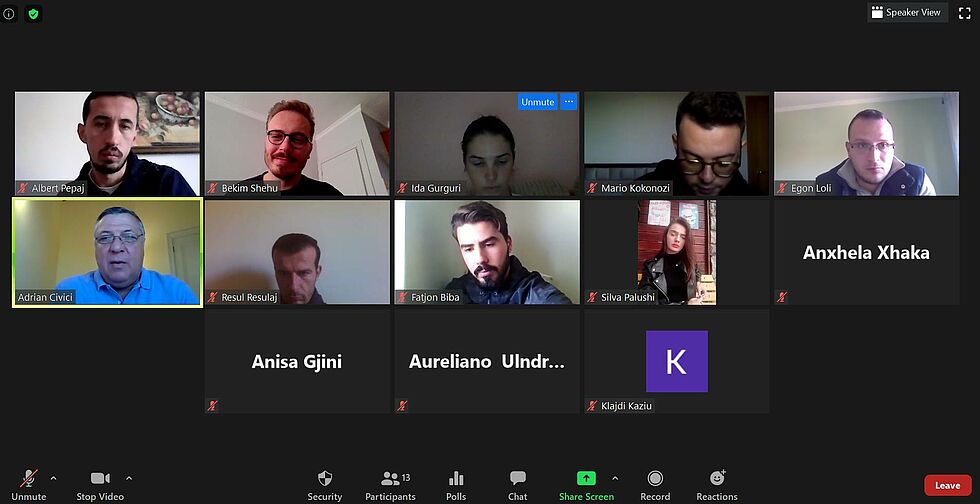 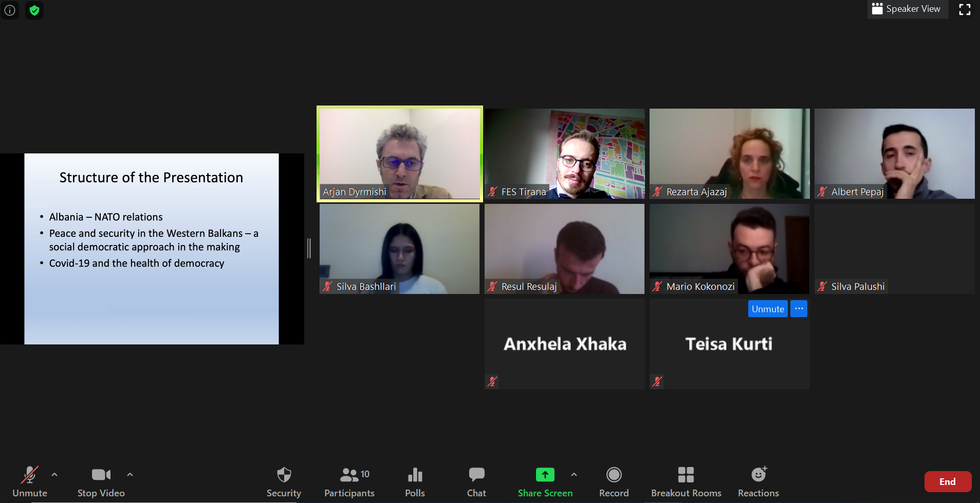 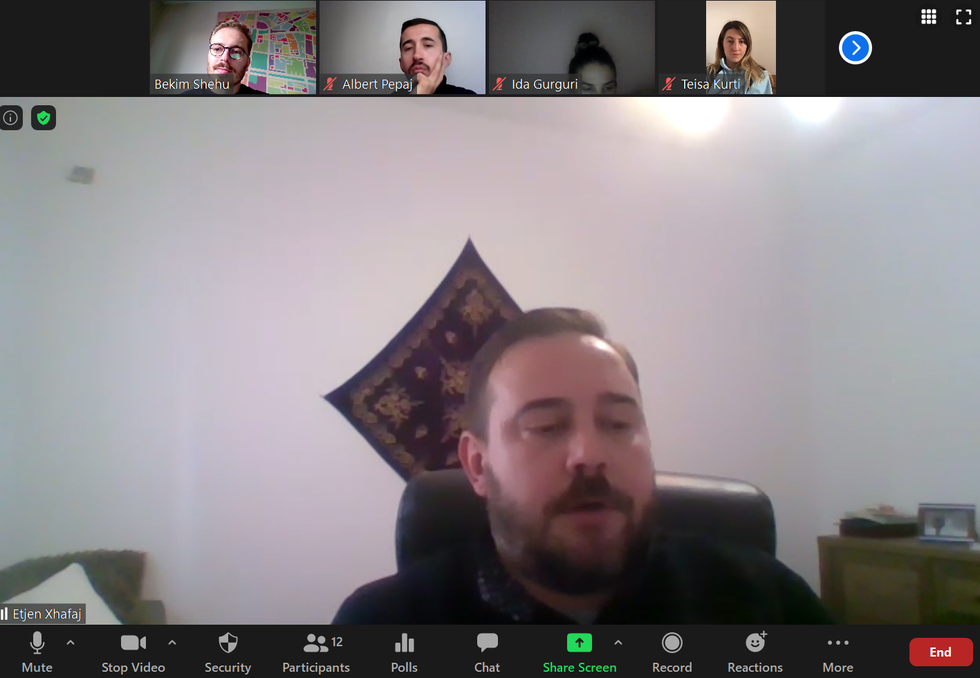 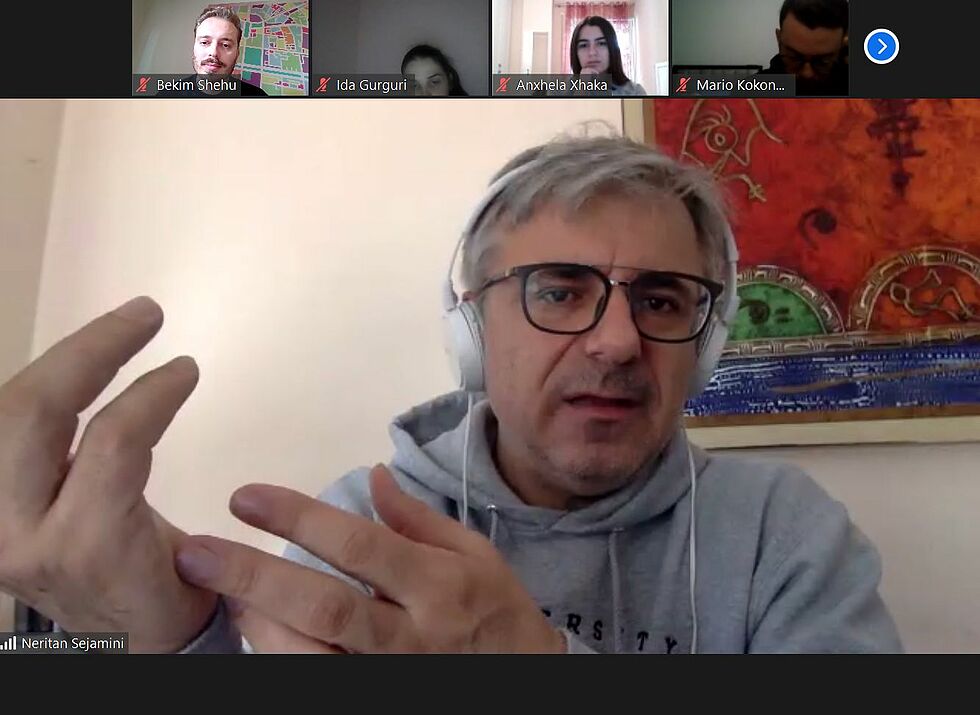 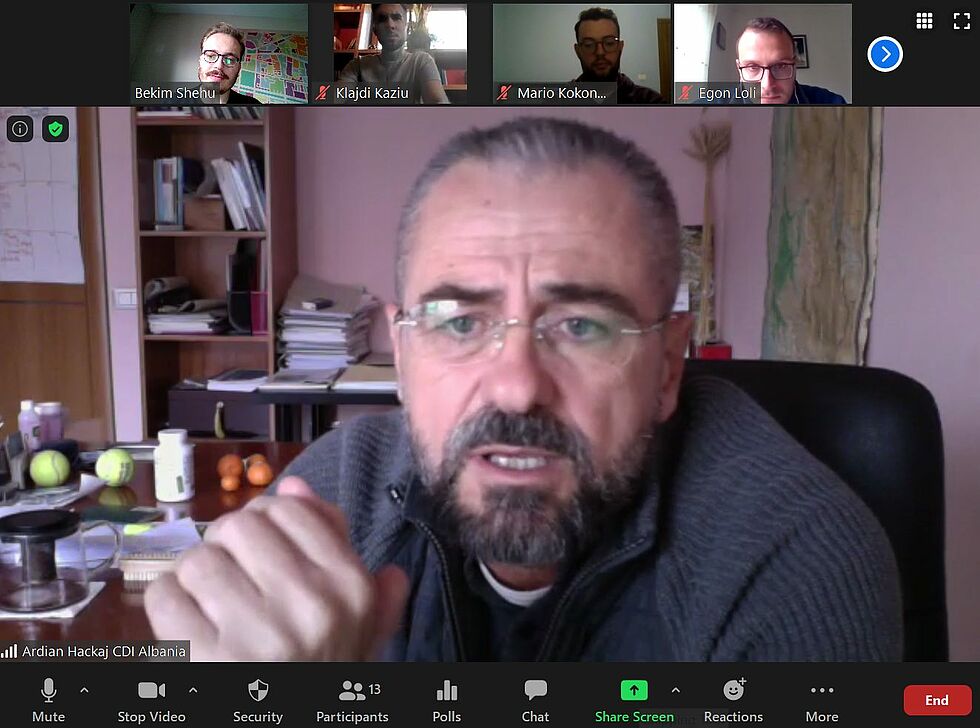 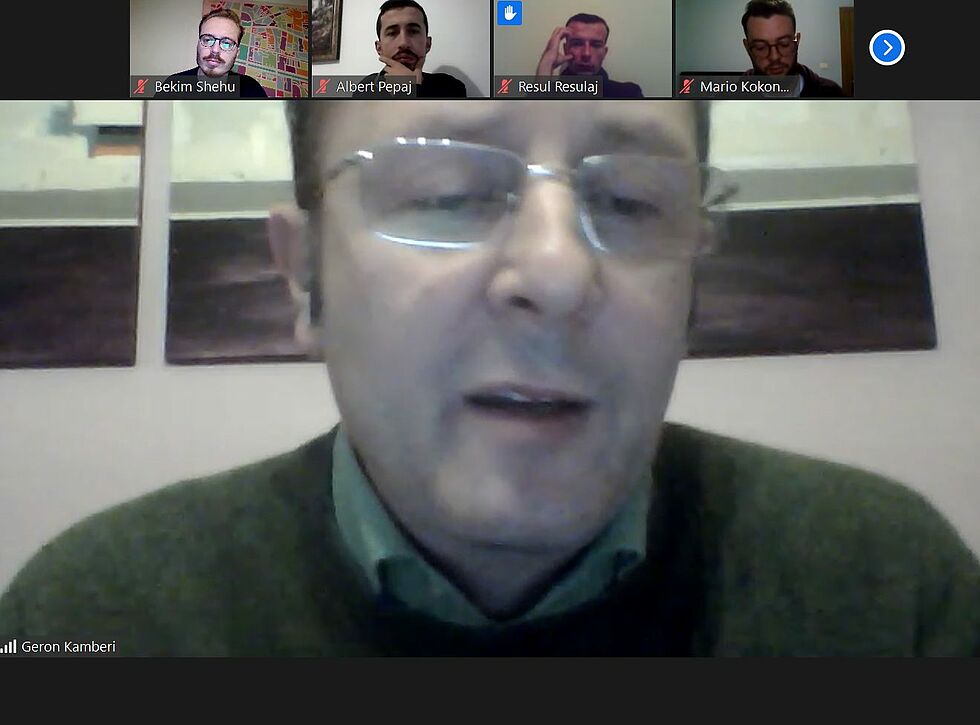 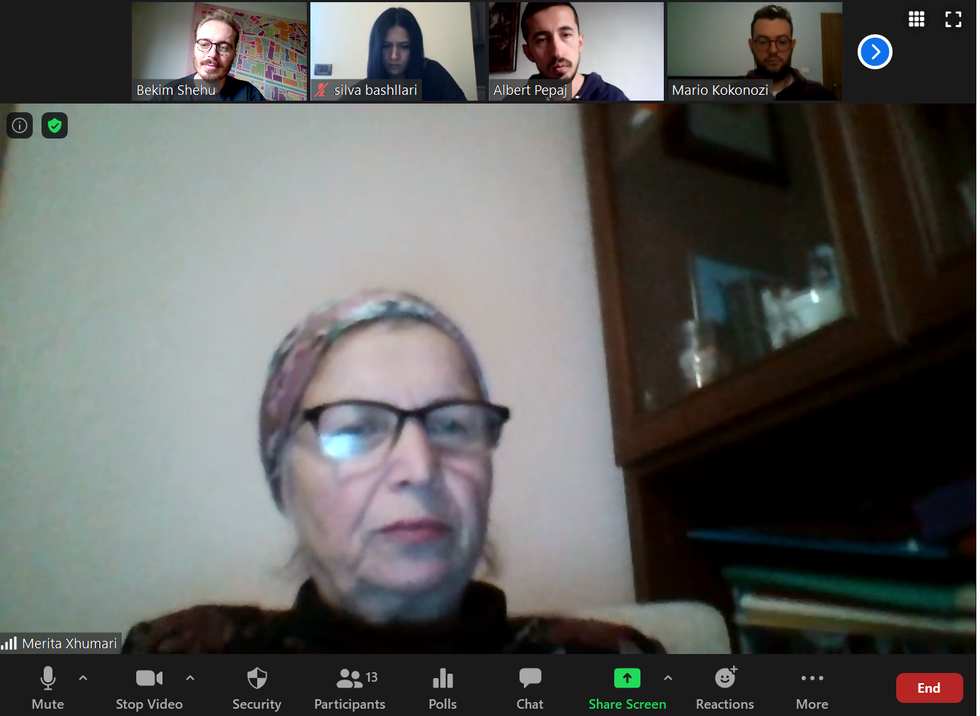 Topics of discussion included democracy, regional peace and security, climate change, European integration, political communication, and the economy. The effects of the COVID-19 pandemic were also addressed in each session, as speakers highlighted the consequences of the pandemic in all spheres of public life.

Due to COVID-19 restrictions, the Academy took place online via Zoom between 31 October 2020 and 23 November 2020. Seventeen young people from diverse backgrounds (including students, civil society members, and members of political parties) were chosen to attend the Academy based on their interests in social democratic decision-making and policies. Participants were selected through individual interviews and were aged from 20 to 28 years old.

The Academy was kick-started with an informative talk on the basics of social democracy by  Mr. Hermann Bock, Seminar Leader for the ASD at FES-Germany. This was followed by a discussion on how these policies are applied in an Albanian context by a researcher, Mr. Endrit Shabani, and the Director of the Qemal Stafa Foundation, Ms. Teuta Vodo. Principles of democracy, democratic participation, and transparency were addressed by the Director of the Institute for Political Studies, Mr. Afrim Krasniqi, and the Director of FES Tirana, Ms. Stine Klapper.

Economic models and the use of natural resources were the topics covered by Prof. Ardian Civici and Mrs. Selma Sehovic, Project Manager. A panel discussion on climate change and agricultural development in Albania was led by Ms. Ornela Cuci, Deputy Minister of Tourism and Environment, Ms. Frida Krifca, Director of the Agency for Agricultural and Rural Development, and Mr. Selami Xhepa. Presentations were also given by Dr. Sebastian Voigt, Hyqmete Daja, President of the Typography Union, and Mr. Renato Mucaj, President of the Post-Telecommunication Union.

The sessions of November 22 focused on the various models of reforms carried out in service of the State of Social Welfare and European integration. Ms. Merita Xhumari, a lecturer at the University of Tirana, Mr. Ardian Haçkaj, CDI Director, and Geron Kamberi, expert, discussed the reforms carried out in the framework of the European Social Model, Albania's European integration process, and the contribution that civil society can give to these processes.

The last day of the Academy for Social Democracy was entirely dedicated to youth movements, which have affected politics around the world. Yvonne Lehmann, Youth Affairs Expert at FES Berlin, and the discussion panel composed of Stine Klapper, Director of FES Tirana, Dafina Peci, Director of the National Youth Congress, and Glindxhet Madhi, Chairman of FRESH Tirana and member of the Municipal Council, led a detailed discussion about youth movements in Europe while also addressing the political and social engagement of young people in Albania.